The Hawkeyes Mic picks are in for the Iowa – Illinois game. It’s back to unanimous this week – on the heels of the big win over Minnesota. Check them out – see if you agree or disagree.

Illinois deserves a ton of credit for winning four straight games and earning a bowl berth this season. But this is not a great matchup for the Illini, which in turn makes it a great opportunity for Iowa.

Both teams have plenty to play for this week, and that has seemingly caught the Hawkeyes’ attention. The probably isn’t a good thing for the Fighting Illini, whose four-game win streak will come to a hard-fought end at a stadium where Illinois last won in 1999.

Much like last week’s win over Minnesota, expect the Hawkeye defense to be the difference. It should be able to slow the Illini ground game, creating a one-dimensional look which plays into Iowa’s hands.

Hawkeyes came through against Minnesota last week with a relaxed offensive attack, and I think that happens again.

This is going to come down to how clean a game Iowa can play since Illinois has a knack for forcing turnovers. With this game being at Kinnick and it being Senior Day, I expect Nate Stanley and the Hawkeye offense to show out and put on a similar performance to last week where the tone is set right away and Iowa comes out swinging. I don’t see a 63-0 shutout like last year in Champaign, but I do think the Hawkeye defense can keep the Illini in check and limit their explosive plays on the ground, and I expect Iowa to come away with a victory and some continued momentum entering next week’s contest in Lincoln.

You can’t dispute the fact that Illinois is a much better football team this season than they have been in recent years. It is better in all three phases and particularly adept at takeaways and related defensive stats. That’s probably its biggest strength. Yet Iowa takes good care of the ball this season – it is the 9th best team in the nation in that regard. So if the trends hold up in this game, strength should offset strength.

But it is also seems equally clear that the Hawkeyes are better than Illinois on both sides of the ball –and despite the Illini’s improvement, on offense and defense they just don’t match up well with Iowa.

The biggest concern this season has been Iowa’s inability on offense to score touchdowns and instead settle for field goals. But that was not the case last week in the upset of Minnesota. So I’m thinking that continues this week against Illinois.

The Hawkeyes get their eighth win of the season, going into the Black Friday Game at Nebraska.

Illinois stunned Wisconsin, and it appears to be rolling right along. It’s done so with good defense, timely turnovers, and momentum swings. Look, Illinois is hot right now, but they beat Rutgers, Purdue, and a bad Michigan State team. Throw the Wisconsin win out. A nice upset story, but an outlier with Wisconsin looking ahead to Ohio State.

Senior Day against a border rival will provide plenty of motivation for the Hawkeyes. Those two facts will also help guard against a hangover game following last week’s emotional win over Minnesota. Look for senior Nate Stanley to have a big game through the air. 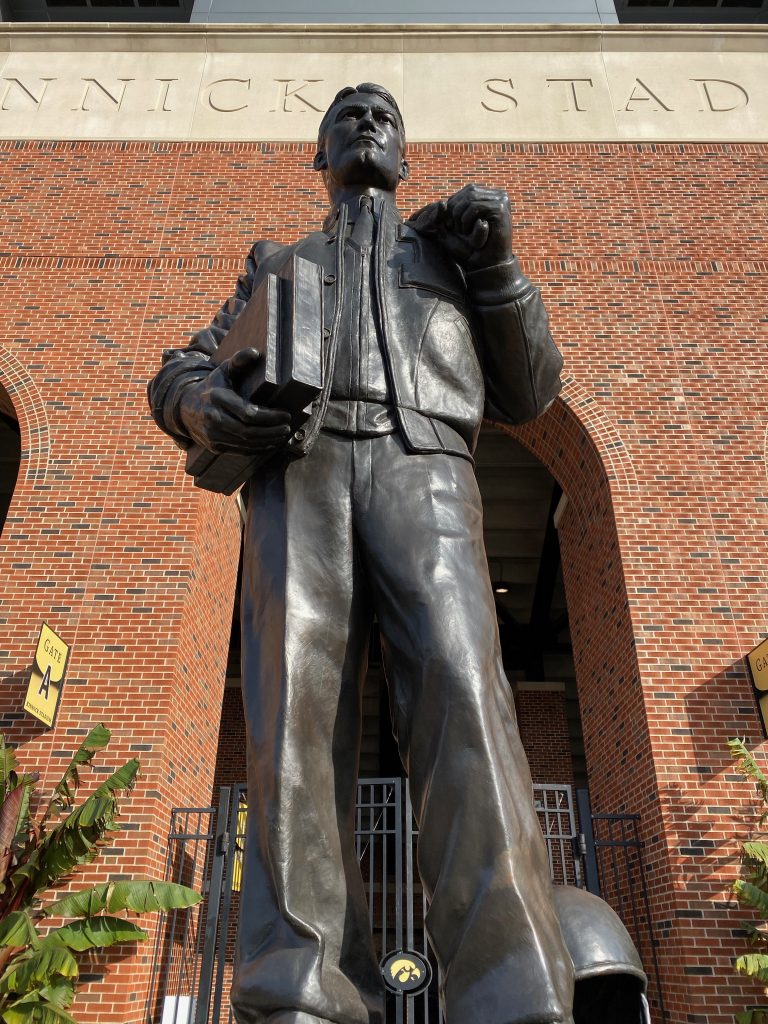