A lot has happened in his 20-seasons-and-counting coaching career at Iowa, yet it all seems filed away somewhere, ready for withdrawal when needed.

Take, for example, at Friday’s media day, when asked if he had gotten any response to his complaints about cut-block penalties that always seemed to find the Hawkeyes at the wrong time last season.

“Yeah, I’ve had some discussions, and I’ll never surrender, but I’ve lost interest, I guess, in terms of pursuing it,” Ferentz said, and then he headed down another road.

“Was it Don Quixote who kept running into the (windmills), right? I don’t want to be accused of being that guy, and I’m Hungarian, and I think he was from Spain,” he said.

“So anyway, yeah, I think we’re just going to be very careful about our cut blocking from how we teach it. I think the rule is really ambiguous right now. I think it’s almost impossible for the officials to officiate correctly, so why … because you know when we get one, it’s going to be in a big game, and I know you guys love to track those (big plays). We had a couple of them pulled off the table. I think we’re fighting a fight that’s probably not worth fighting at this current moment.” 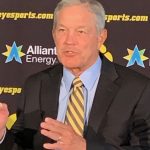 Oh, but Ferentz will fight when it becomes the right time.

Which makes the pursuit to get wide receiver Oliver Martin eligible for this season all the more interesting.

Martin, the former Iowa City West standout, signed with Michigan in the 2017 recruiting class. He sat out that season with the Wolverines, played last season with 11 receptions in 13 games, then decided in May to transfer and found his way back to his home to play for Ferentz and the Hawkeyes.

Iowa’s goal, of course, is to get Martin eligible for this season, but that clock is ticking and the NCAA is one of those places where the trains usually don’t run on time.

Martin was at media day, answering questions from reporters without saying a lot. He was clutching the details of his transfer, and the appeal for his immediate eligibility, like a football darted into his chest on a crossing route.

Ferentz was the same way.

“Yeah, I really haven’t had much involvement in it,” Ferentz said. “That’s handled by the compliance folks. So they’re the ones that are on the ground floor there. As I understand it, it’s been forwarded to the NCAA, and what happens thereafter, probably no way to predict, like most things that go that direction. We’ll just kind of wait patiently and see where it goes. But Oliver doesn’t have any information, I have no information, so right now we’ll just kind of wait and see how it all goes.”

Brian Ferentz, the coach’s son and the Hawkeyes’ offensive coordinator, knows Martin could help if he’s in uniform on game day.

“We knew Oliver pretty well coming out of high school,” Brian Ferentz said. “I think we knew what we were getting there. There’s certainly no trepidation of bringing in a guy of that caliber, a player of that caliber, into our program. He’s been exactly what we expected, in all positive ways.

That, of course, could be any time from early this week to, well, no one knows.

The Hawkeyes have a good collection of wide receivers. Brandon Smith and Ihmir Smith-Marsette are juniors who have played a lot in their careers. Nico Ragaini and Tyrone Tracy Jr., have the speed, but are just redshirt freshman.

Throw Martin into that group, and…

“I think he could (help),” Brian Ferentz said. “I don’t think we would have brought him into our program if we didn’t think he could. He could have helped us a couple of years ago. But now he’s here. He certainly could help us this year.

“But like I said, you can’t count on things you don’t know about.”

Kirk Ferentz has made it clear over the last couple of years that he hasn’t forgotten how the Hawkeyes tried to get Drew Ott an extra year of eligibility after an injury-wrecked 2015 season, and the NCAA rejected that request.

As Ferentz talked about Martin’s request, it seemed as if the Ott story would come up — you could see that file being requested from the memory bank.

But there wasn’t a need to charge into the windmills just yet.

“There’s not much we can do, so we’ll just remain neutral, I guess,” Kirk Ferentz said. “I’d like to be optimistic but I don’t have any grounds for that, nor do I have grounds for pessimistic, so we’ll just kind of wait and see what happens.” 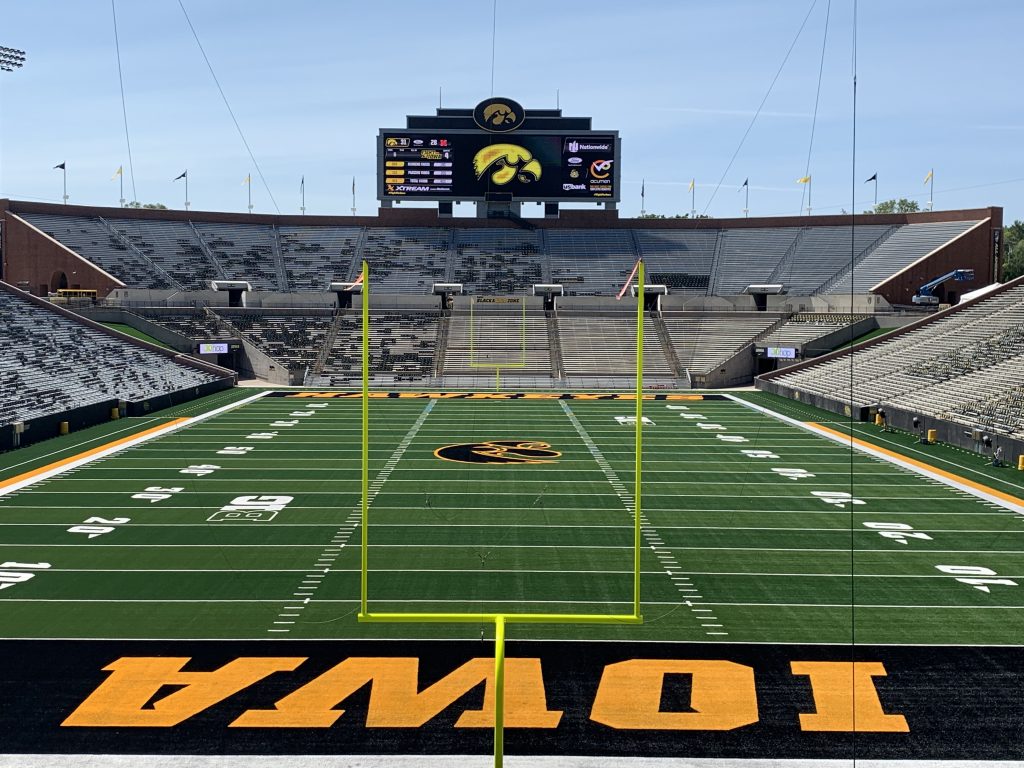