Oliver Martin, it was noted during Wednesday’s press conference with the Iowa football coordinators, was on the field for only two plays in the Hawkeyes’ 18-17 win at Iowa State on Saturday. Offensive coordinator Brian Ferentz wasn’t interested in numbers. “I will tell you right now, I’m not going through that this year,” Ferentz said. “This guy plays, that guy doesn’t play — if guys are out there producing, that’s the way it is.”

Martin, whose transfer from Michigan was the story line of the summer, got his waiver to play this season from the NCAA and Big Ten just days before the season opener. But the wide receiver has just four catches for 24 yards and one touchdown this season. 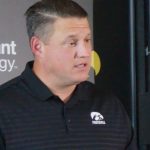 Ferentz was asked a similar question about the tight end group — Shaun Beyer and Nate Wieting have combined for just five catches to starts the season.

“We’re going to get the ball to the guys that can do something with it,” Ferentz said. “I think right now, our tight ends are maybe growing into a role where they can get some more touches, but the reality is that we have some very capable receivers.”

The Hawkeyes’ clock management has been a topic of questions, especially at the end of the first half in the last two games against Rutgers and Iowa State. Both drives ended in field goals from Keith Duncan, but the Hawkeyes’ timeout usage was the topic of conversation.

Ferentz admitted he got “cute with the clock” in the Rutgers game. “I think in the Rutgers game, we should have used a timeout,” he said. “Didn’t manage that well. That falls on my shoulders. That was poor and probably cost an us opportunity to score six points.”

“You look at Saturday night, felt like at that point, we didn’t want to give the ball back to those guys to end the half. Certainly we had not played our best football for the majority of that half, or whatever stoppage we were out of, I don’t know, but certainly didn’t feel like we were playing as well as we had opened the game. We had given up a big play on defense. We had just come up with a big turnover after a bad series offensively. The last thing you want to do is give them the ball back. So we want to be pretty cautious. We end up third and four, and end up converting that and felt like we had a couple opportunity to take a shots at the end zone. We weren’t able to hit those and put the field goal team on and hit the field goal.”

The two weather delays in Saturday’s game that totaled almost three hours in length didn’t seem to bother the Hawkeyes.

“You play the game,” Ferentz said. “Any good football team I’ve been around, you show up, any time, any place, anywhere, that’s what you do. They had the difficulty of having to restart, stop, all that stuff. But hey, those guys were dealing with that, too. We weren’t dealing with anything they weren’t dealing with. I thought both teams handled it pretty well. There’s nothing you can do about it. So what you do is you try to stay focused and you try to keep the guys into it, which they did a great job of. There’s nothing for us to do, really, and then you go back out. Once the game started again, then it was really a non-issue, but that stop and start for a while was certainly a little bit different than anything we are used to. But at the end of the day, they are playing by the same rules we are playing by. Just comes down to trying to do the best you can to handle whatever comes at you and that’s how every game is.” 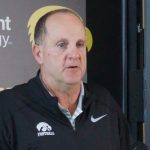 “It was a late drive home,” he quipped. “You know, that was OK for me. I wasn’t going to do anything else on Saturday.”

Parker knows defensive end A.J. Epenesa has been battling double-teams and different kinds of schemes so far this season.

“They know where he’s at,” Parker said. “But I think AJ, he’s been putting a lot of pressure on the guys, any ways. Second play of the game when we came back out, I think there was three guys within a half a yard from the quarterback when they hit the slant on the second play of the game on defense. There’s three guys in his face. I think they are still getting pressure. Maybe they don’t have the sacks, but they are making the quarterback throw before he wants to throw the ball. And that’s kind of a little bit what that RPO stuff is, protects a lot of those guys to, hey, get rid of the ball fast. It’s going to be hard to get pressure. That’s why some guys are dropping eight guys, rushing three, dropping eight.”

Iowa has just three sacks this season but the Hawkeyes do have 13 quarterback hurries. 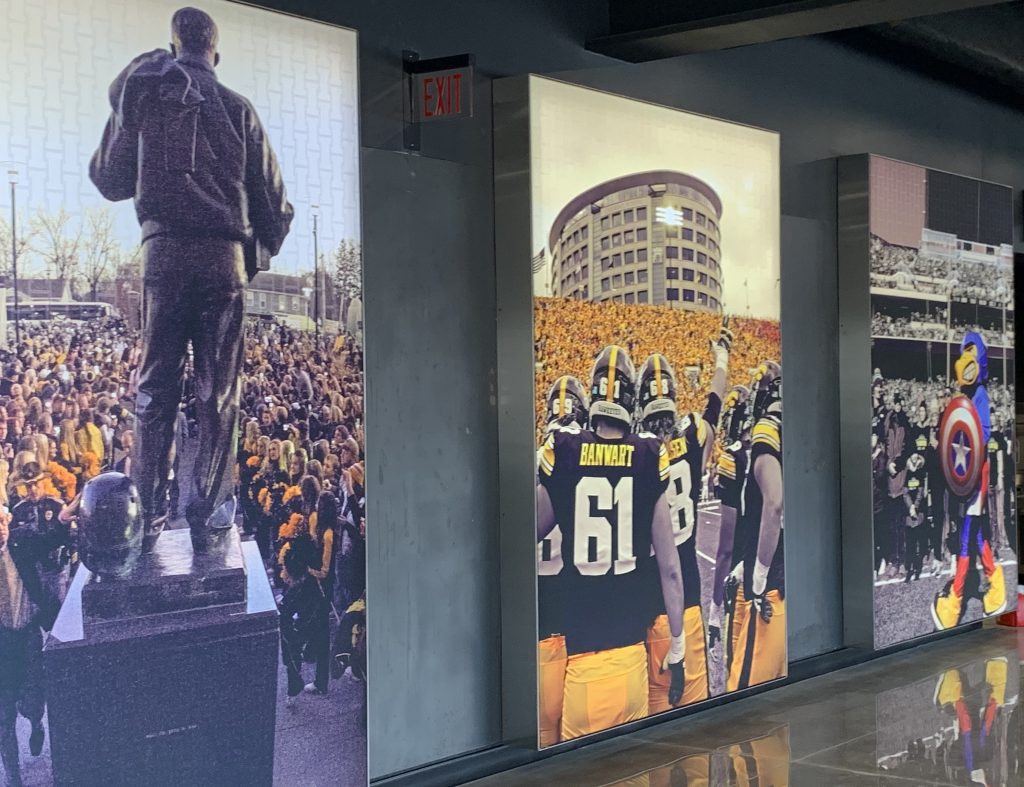