Kirk Ferentz has been through enough Iowa-Iowa State games to know about the intensity.

Asked to come up with one of his favorite moments, though, and the Hawkeyes’ coach had to pause for a moment.

He couldn’t come up with an answer.

“It’s like most things. It all kind of gets squeezed down to, when we win, it’s a good thing. When we lose, it’s awful,” Ferentz said during his Tuesday press conference. “That’s the essence of competition, I guess, and that’s what makes it so interesting and so painful sometimes. We’ve experienced both. I can just tell you this, it’s a lot more fun when you win. I think we all figured that out in third grade. That’s why you want to work hard and try to make sure you give it your absolute best.

“The worst thing is, if you come up short and know that you didn’t do the things you should have been doing to give yourself a chance to be successful, that’s when it’s really tough.”
Iowa, ranked 19th in this week’s Associated Press poll, has won four consecutive games against the Cyclones, who fell out of this week’s rankings. So, no one on the Hawkeyes’ roster has lost to the in-state rival.

“I know it’s a tough place to play,” said quarterback Nate Stanley, who won his first road game as a starter at Ames in 2017. “(The fans) can be hard on you. And it gets really loud in there.”

“Third down, it’s hard to communicate,” said wide receiver Ihmir Smith-Marsette, who caught the game-winning touchdown in overtime in the 44-41 win in 2017. “It’s something we have to be ready for.”

The Hawkeyes (2-0) are coming off last Saturday’s 30-0 shutout of Rutgers. Iowa State had the week off.

Some notes from Tuesday… 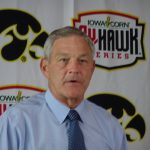 Ferentz said the lack of familiarity with some of the Cyclones’ personnel, particularly with quarterback Brock Purdy, isn’t a concern.

“I think we have a good idea and total respect for who he is,” Ferentz said. “He’s a really good football player. Just the fumble recovery he made at the end of the UNI game, to me, that’s a snapshot right there. Just a clutch player doing something really well to help his team win.

“They’ve got good guys up front. They’ve got a veteran group of receivers, a deep group, and same thing with the tight ends. They’re working through the running back situation. That’s a little bit different. We have a good feel for who they are, and they probably have a pretty good feel for who we are.”

But does it matter?

“I don’t know how much guesswork is going to be going on,” Ferentz said. “There’s always wrinkles in every early season game, but for the most part, it’s going to come down to the team who plays the best, soundest, and plays the hardest probably.”

Iowa has played mostly its base 4-3 defense this season, staying away from the “cash” defense that worked well at the end of last season.

A lot of that, Ferentz said, has to do with personnel.

“There’s some names in our two deep right now that you’d have to get out your program to figure out who’s who. So we’re a little thin back there,” Ferentz said. “I think one thing you want to try to do — and this goes back to 2000 against Northwestern — you want to get your best guys out there and guys that can handle the situation the best. So I think first things first in that regard.”

Offensive lineman Cole Banwart is back practicing, but his status for Saturday is unknown.
“He’ll be in the rotation at some point,” Ferentz said. “Not sure what that will be yet, but he’s ready to go.” 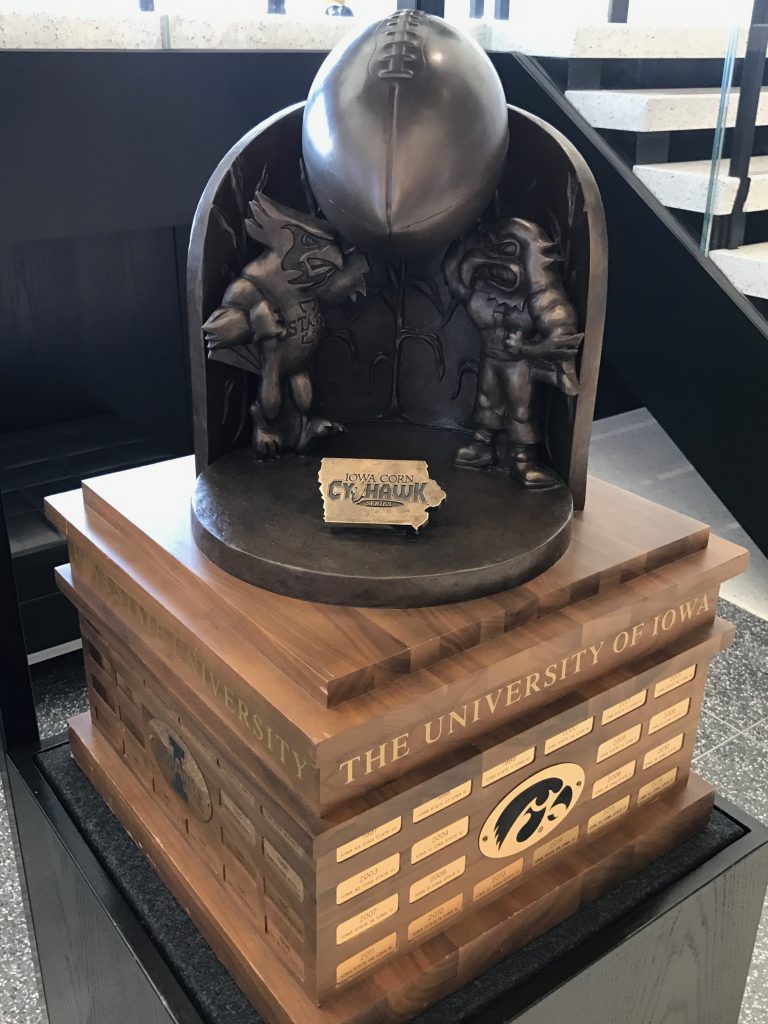