Kyler Schott laughed when asked about the nicknames.

There’s “Shooter,” a name he got when Iowa offensive line coach Tim Polasek thought his name was “Shoot.”

And then there’s “Jack Black,” because he, well, looks like actor Jack Black.

Which name does Schott prefer?

For the record, Schott’s interview that he did during Tuesday’s football media availability was his first as a Hawkeye. Schott, who came to Iowa as a walk-on, saw his first important game action in last Saturday’s 38-14 win over Miami (Ohio). And, with tackle Alaric Jackson out for at least the next two games with a knee injury, Schott finds himself as the starter at right guard for this Saturday’s 11 a.m. Big Ten opener against Rutgers at Kinnick Stadium.

Schott, who had played in just one game for the Hawkeyes before this season — the 2018 opener against Northern Illinois — has found himself in a spot he enjoys.

“Finally getting a chance to play some real time, not like the three plays last year, it felt good,” said Schott, a third-year sophomore from North Linn High School in Coggon.

Schott was a first-team all-state pick in his senior year of high school, but didn’t get much college attention because of his size — he is 6-foot-2.

“Nah, I didn’t have a single (scholarship offer),” Schott said. “Iowa Central said they might give me a little money, but not a full ride. I talked to Upper Iowa once, and they never talked to me again. So I decided to take the opportunity to walk on here.”

He worked his way onto Iowa’s two-deep in fall camp, and was expecting to play in Saturday’s game. Then Jackson went down, and the Hawkeyes began using several different line combinations.

“Coach told me I was going to rotate with Levi (Paulsen) in there at right guard, on about the third or fourth series,” Schott said. “Then the second series came around, and AJ went down. I knew I was going to get some playing time, so I was ready. I had studied. I was ready to go.”

“You know you’ll get his best on every play,” said center Tyler Linderbaum. “He’s a hard worker, and it shows.”

Schott gave his grades on his play.

“As far as, like, getting to my assignment, the guy I’m supposed to block, I did pretty good,” he said. “Technique could have been better, and you can always finish better. You can always play to the whistle every play.

Schott’s rise up the depth chart has been quiet, just like his play. 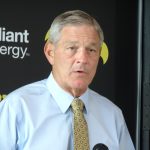 “He’s a little bit more mature now, been around the program a little bit longer, and he’s one of those guys that I don’t want to call him nondescript, but he’s not flashy,” Iowa coach Kirk Ferentz said. “If you watch him closely, he just does a lot of things really well and consistently, and he’s certainly done that this August. He really had a good month of practice and was very consistent. He’s also a versatile guy that can move around and doesn’t seem to affect him at all.

“He was on the scout team initially, like most first-year guys and young guys, and he just kind of fits in, gets along well with his teammates, and he works hard. The biggest thing he’s given himself, he’s worked hard and his body is a little bit more better able to stand up now to competing against good players. He’s done that all camp long, so it’s great to see.”

Versatility is what the Hawkeyes are going to need on the offensive line. Jackson is out and Cole Banwart, who was injured and didn’t play in Saturday’s game, could be back this week.

That kind of uncertainty jumbles the line. Tristan Wirfs moves to left tackle. Paulsen moves to right tackle. Schott is at right guard.

“We’re certainly going to be short (without Jackson),” Ferentz said. “We may get Cole back, maybe not, we can’t count on that, but yeah, we’ll keep rotating guys around.

“The good news is I thought Kyler played well, Ince came in and played well, both the Paulsens played their best football since they’ve been here. So the trick for us right now is to keep pushing forward and see these guys improve.”

All of the different combinations didn’t seem to bother the Hawkeyes, who had 465 yards of offense, including 213 rushing yards, against the RedHawks.

“There was no dropoff when they came in,” running back Toren Young said. “They executed, played hard. It’s definitely a good feeling. We’re confident in all of our guys.

“All camp long, we got a taste of it. They would rotate guys in, give guys reps, give other guys reps. I wasn’t surprised when these guys stepped in.”

“It’s huge,” quarterback Nate Stanley said. “I didn’t notice any difference. I don’t think we missed a beat out there on offense. And that’s huge that we have those guys who can step in if something happens to somebody.”

Schott was ready for his moment.

“Playing a game on Saturday, that’s what you live for,” he said. “Be able to say, ‘I can finally do this.’ You realize what you’re made of.”

MARTIN’S FIRST CATCH: Oliver Martin’s first reception as an Iowa wide receiver was for a touchdown.

Martin, who transferred from Michigan early in the summer and received a waiver to play immediately by the Big Ten and the NCAA, had two catches on Saturday, but the first came on a perfect play.

“It was the matchup we wanted out there,” Stanley said. “The coverage was perfect for that route concept. I think we both had a pretty good idea where that ball was going before it was even snapped.

“I think everybody realizes it’s been a long journey for him. I’m really happy for him.”

THE OPENER, IN SEPTEMBER: It’s unusual for the Hawkeyes to play a Big Ten opener this early, but it is a different world in scheduling.

“Any time you’re in a conference game it’s a significant thing,” Ferentz said. “You only get nine of those, you get 12 games total but nine conference games, so that’s really important. It’s kind of like to me, the month of September especially is just about really focusing on trying to improve and pull things together, tie up the loose ends, those types of things. And I’m sure (Rutgers is) fighting the same battle, though. It’s their second game, as well, so it’s even footing for both teams. But it’s a significant game. Every game is significant, and we’re just racing against time. That’s really what we’re doing. I’m sure they’re trying to do the same thing.”

TWO RUNNING BACKS, ONE FORMATION: The Hawkeyes used play formations that included Young and fellow running back Mekhi Sargent in the opener.

But no, Ferentz said, Young isn’t going to be used as a fullback.

“I doubt that,” Ferentz said with a laugh. “He’d probably go on strike if that happened or threaten to quit, but no, it’s just a joke. To play fullback for us, that means like, basically, you’re relinquishing all rights to touch the ball.

“So no, he’s not making that transition. We have some good prospects coming up. We’ve really liked Brady Ross at that position and we’ve got some good young guys coming up.” 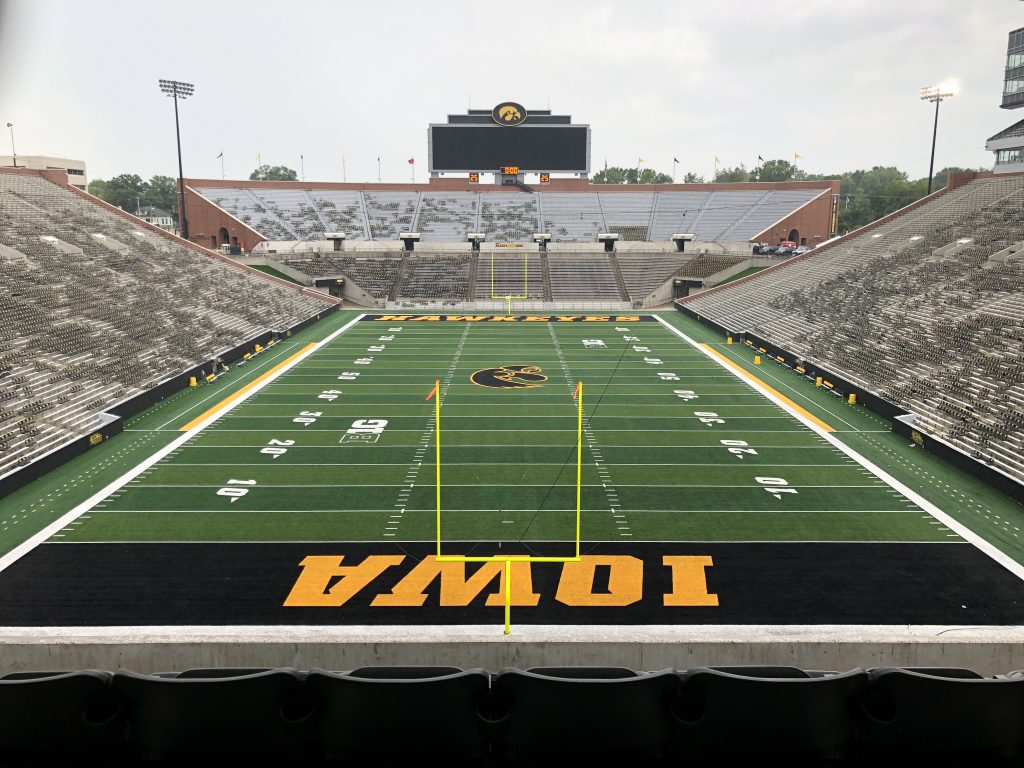