EVANSTON, Ill. — It was about getting a win, and surviving the day.

Iowa’s 20-0 win over Northwestern at Ryan Field on Saturday did just that.

The Hawkeyes snapped a three-game losing streak to the Wildcats,
who didn’t have the offensive punch for this game.

Iowa’s defense had five sacks — a season-high — and held Northwestern to just 202 yards. It was the lowest amount against an Iowa defense since Maryland had just 115 in a game last season.

“When the defense is shutting teams out, that gives us energy,” wide receiver Ihmir Smith-Marsette said. “All we have to do is chip in and help them out. We hold the ball for long amounts of time, and then we put the ball in the end zone and make it difficult for the other team.”

The Hawkeyes did just enough to win to head into the bye week. 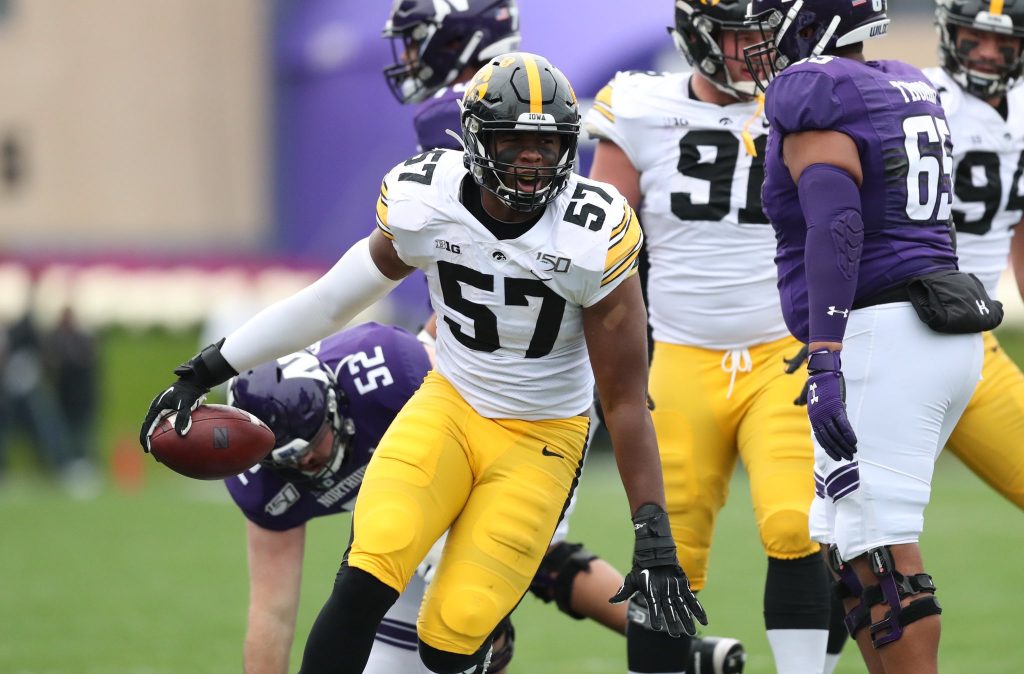 There were more injuries during the week — guard Justin Britt and tight end Nate Wieting were inactive for this game — but with time off this week, the Hawkeyes can get healthy.

Saturday was about survival, and the Hawkeyes did that. Iowa’s offense had enough big plays to overcome the sporadic sputtering.

Tyrone Tracy, who stepped into Brandon Smith’s starting role, spun away from a tackler in the first quarter and turned a Nate Stanley pass into a touchdown.

And other than a Keith Duncan field goal in the second quarter, that was it for Iowa’s offense in the first half.

The Hawkeyes were about controlling the clock, and they did that on a 13-play, 59-yard touchdown drive in the third quarter. That possession included an 11-yard pass from Stanley to tight end Shaun Beyer on fourth-and-8 that included a big block from Tracy.

Stanley and Tracy would connect on a 38-yard pass in the fourth quarter to set up Duncan’s second field goal of the game.

From that point, it was about getting on the bus and going home to a week off. Wisconsin and Minnesota await after next week, with the Hawkeyes’ Big Ten West Division hopes hanging on those games.

“Rarely is anything easy in a conference game,” Ferentz said.

This one looked easy because of the defense.

Asked when he thought the Hawkeyes could get the shutout, defensive end Chauncey Golston said, “Before we even got off the bus.”

This one was decided later than that, but it was a convincing win for the Hawkeyes, who moved to 6-2 overall, 3-2 in the Big Ten. 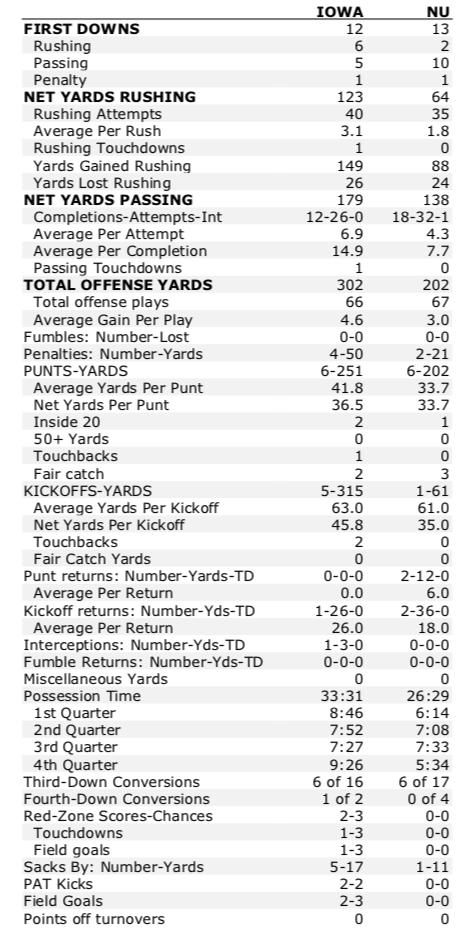