It’s all about options.

And everyone got involved in No. 14 Iowa’s 48-3 pounding of Middle Tennessee on Saturday at Kinnick Stadium.

Brandon Smith caught two touchdown passes. Ihmir Smith-Marsette had a touchdown run. Fullback Brady Ross had the first touchdown of his career — a 1 yard plunge in the second quarter. And when backup quarterback Spencer Petras piled into the end zone on a quarterback sneak on fourth down late in the fourth
quarter, the domination was complete. 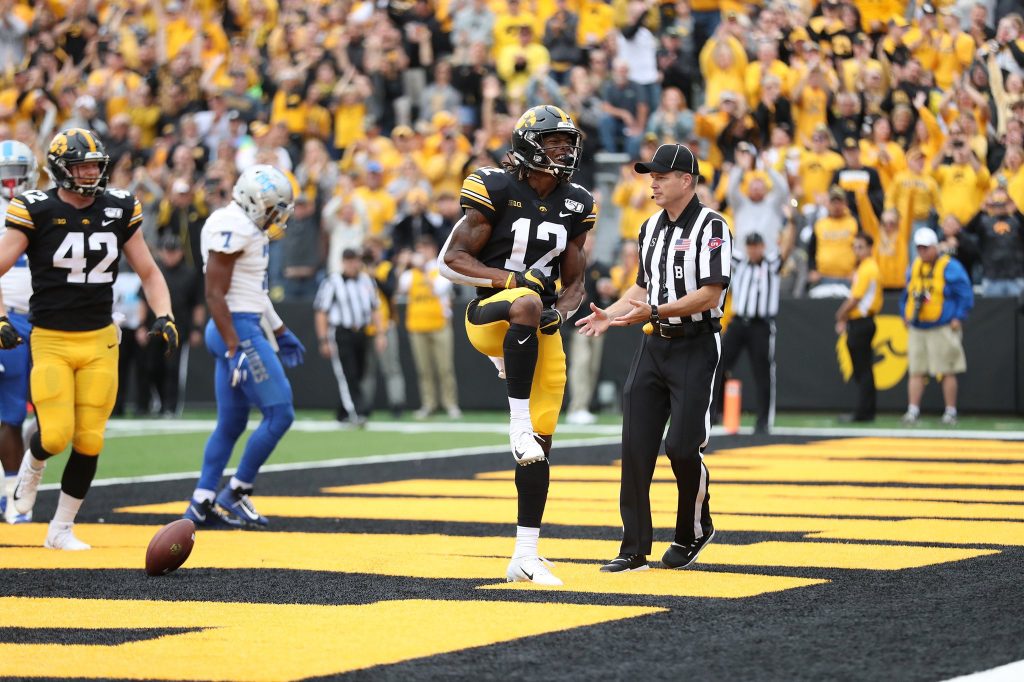 “It’s great to have a balanced offense, when you can run the ball, throw the ball,” Smith said. “It makes you unstoppable as an offense.”

“It was nice to have a steady game,” said quarterback Nate Stanley, who threw for 276 yards and still doesn’t have an interception this season.

That cleanliness swept away the Blue Raiders (1-3), who only got a Crews Holt third-quarter field goal for their points.

“Every win is a big win for us,” said defensive tackle Daviyon Nixon, who had seven tackles, including 2 ½ for loss.

The Hawkeyes held MTSU to just 216 yards of offense and 12 first downs. 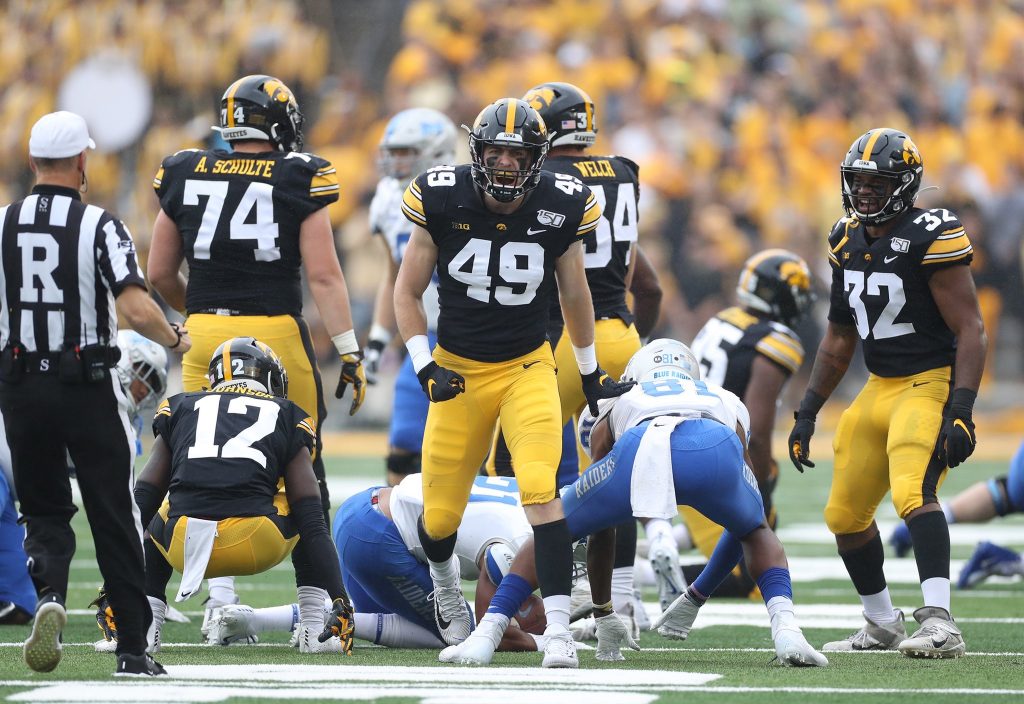 back Asher O’Hara contained, holding him to just 33 yards rushing and 110 yards passing. It was an impressive effort for Iowa, which was coming off a bye week after a difficult 18-17 win over rival Iowa State two weeks ago.

“Any time you come off a bye week, that’s something you’re always anxious about,” Ferentz said. “And you never quite have the right answer on that. But the guys handled that well.”

Toren Young rushed for 131 yards on just 11 carries, part of a 351-yard rushing day for the Hawkeyes. Tyler Goodson had 97 yards and Mekhi Sargent added 91.
Smith had six catches for 71 yards, while Smith-Marsette had four for 60 yards.

Iowa scored on its first four possessions and its last four possessions. There was some struggles in between those scoring drives, but this was a show the Hawkeyes needed heading into next week’s game at Michigan.

y the way we were playing than I would have if we had gone out there and kind of stumbled around,” Ferentz said. “The biggest thing is our team has been working hard and if we do that, we give ourselves a chance.” 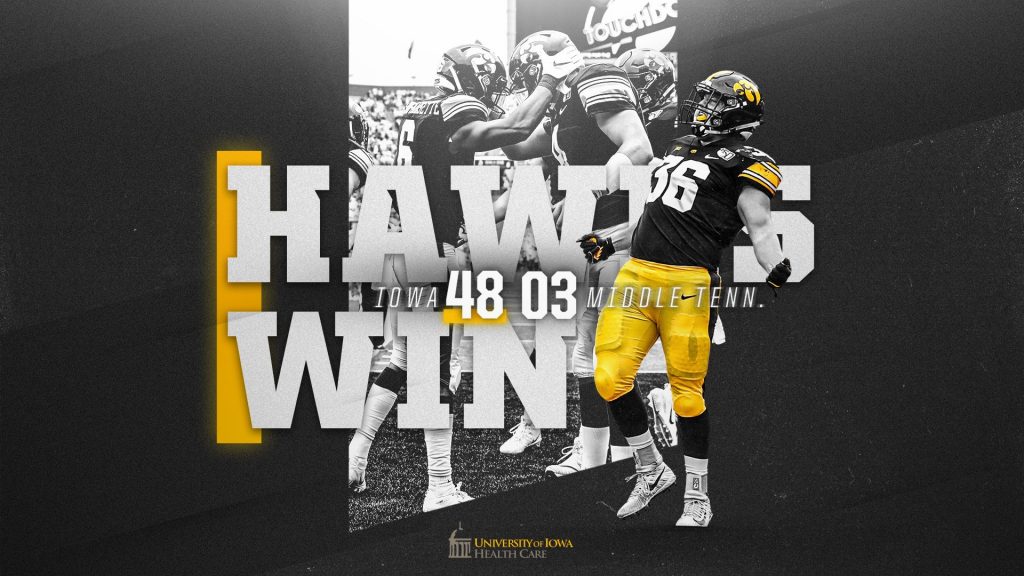 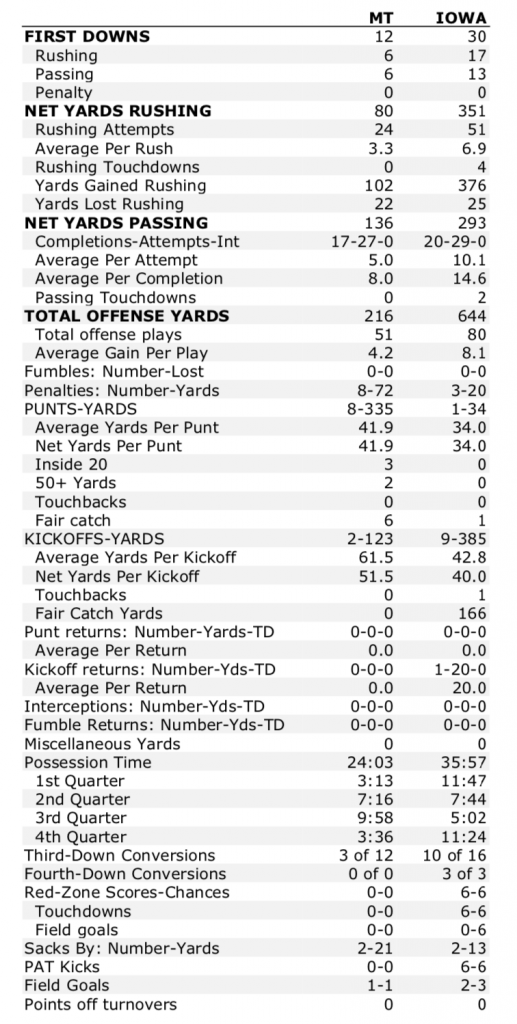