The Hawkeyes Mic picks are in for the Iowa – Northwestern game. It’s unanimous again this week. Check them out – see if you agree or disagree.

Expect the defenses to dominate on the chilly shore of Lake Michigan on Saturday, but expect Iowa’s offense to be the difference in another grind-it-out battle between the Hawkeyes and Wildcats. As long as Nate Stanley can find a capable replacement for Brandon Smith in the Iowa receiving corps, expect that to be enough to push Iowa past a Northwestern team which has struggled to find any sort of rhythm on offense.

I think it will be low-scoring, and Iowa overcomes that Northwestern jinx.

These games between Iowa and Northwestern usually go one of two ways – either the Hawkeyes win in a rout, or the Wildcats win close. I’m thinking this year’s match-up will be an outlier because while Northwestern has the type of defense to really force Iowa into some binds, the Wildcats’ offense is dreadful enough that I don’t think the Hawkeyes get burned for once. I see Iowa struggling, but not enough to actually lose this one.

I decided to approach this prediction in a statistically scientific manner. So I’m giving each team its season scoring average (points per game). How they get there to prove me right is up to them…

Seriously, the Hawkeyes Offense appeared to begin to get back on track in the second half last week against Purdue. I think that continues this weekend at Northwestern. As decent as the Wildcats Defense is – it ain’t Penn State or Michigan. And its Offense is god-awful. It can’t pass and if Iowa stops the run NU might not even get to the 12.5.

Iowa gets the win on the road and breaks NU’s three-game winning streak over the Hawks.

Iowa hasn’t played well on offense, despite the defense being exceptional for the most part. Pat Fitzgerald’s cats have historically been a tough out for the Hawks, but Iowa comes away with a tough-fought defensive victory in this one.

Iowa has to focus on the rush attack and get it rolling… if Northwestern can stop the run, which it’s capable of doing, things could turn.

Give me Iowa getting bowl eligible.

Iowa, boasting the 5th-best scoring defense in the nation by allowing just 11.6 points per game, will face Northwestern’s 128th-ranked offense that scores just 12.5 points per game. It doesn’t take a genius to figure out who has the advantage there.

Building on the low-scoring narrative, Northwestern has won three games in a row despite putting up 17 and 14 points, respectively, in the last two meetings. Iowa has mustered just 20 points total the last two years.

I’m taking the Hawkeyes in an ugly game in Evanston. 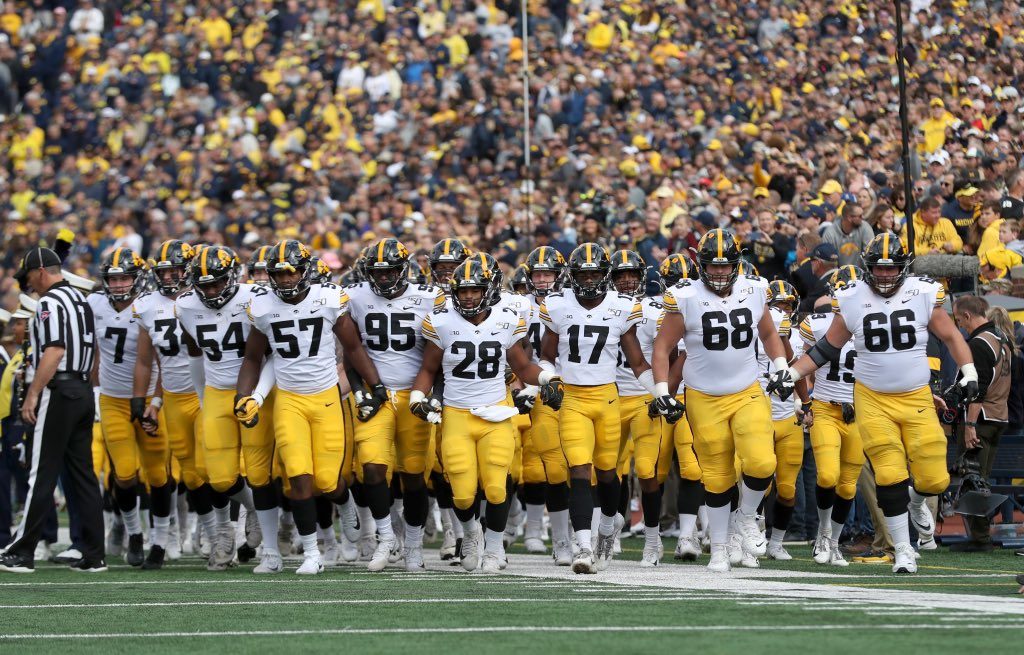