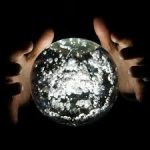 The Hawkeyes Mic picks are in for the Iowa – Rutgers game. It’s unanimous again this week.  Check them out – see if you agree or disagree.

Iowa’s rushing offense was too efficient to ignore, and Rutgers allowed 183 rushing yards to UMass. This game will have the same effect as an Iowa combine chewing up New Jersey corn stalks.

The Hawkeyes’ offense should be able to build off of its productive start to the season. Expect Nate Stanley to have another solid game complemented by a big day for New Jersey native Ihmir Smith-Marsette in the receiving corps and Mekhi Sargent on the ground. The Scarlet Knights’ offense has some skill in running backs Raheem Blackshear and Isaih Pacheco and Texas Tech transfer McLane Carter at quarterback, but Iowa’s defensive line strength and its ability to pressure Carter will likely be the difference in this one.

Rutgers put up some points last week, but UMass doesn’t have Iowa’s defense.

Hawkeyes kept their cards hidden last week, but I think we’ll start to see a little more creativity in this game. It’s a good first conference test for Iowa, especially with next week’s game at Iowa State looming.

I anticipate more of the same from last week against a slightly tougher opponent. I don’t expect Iowa to cover -20 mainly because I think once a big enough lead is established, the mindset will be get out of there with a win and with everyone healthy so all hands are on deck next week in Ames. I’m looking for Oliver Martin to play a bigger role Saturday and for the rest of Iowa’s receivers to build off their success against Miami (Ohio).

The earliest B1G season opener ever for the Hawkeyes and the outcome is really important. Iowa needs to and should win this game. Both teams had sluggish offensive starts last week – and both defenses gave up more yards than they liked. But Iowa is the stronger team on both sides of the ball – and especially up front where this game will be won.

Iowa’s Defense will be challenged by Rutgers’ play-makers – especially the two running backs. But the Hawkeyes D-Line should feast on a RU O-Line that features and true freshman left tackle. Chops-licking time boys.

The 2nd Half of the Miami game gave a glimpse of what the Hawks Offense can be this season – a solid running game and wide receivers who can make plays.

When the Scarlet Knights leave Iowa City Saturday afternoon, their armor will have some dents.

The Hawkeyes running backs continue to see success against a questionable Rutgers rush defense. This furthers the “two-headed monster” conversation with Sargent & Young. Not a bad problem to have early in the year.

Rutgers has an offense with some promise, so Iowa needs to find a way of neutralizing the big play. Should be a close game with the Hawkeyes solidifying the win in the fourth.

The Scarlet Knights went 1-11 last year and haven’t won on the road since 2017. Their quarterback threw three interceptions against Massachusetts last week and now faces the defense with the most interceptions over the past two seasons. There’s a reason Iowa is favored by 20.5 points.

I’ll be interested to see how Iowa starts offensively. Can the Hawkeyes muster more than the 10 points they produced in the first half last week? My guess is yes. 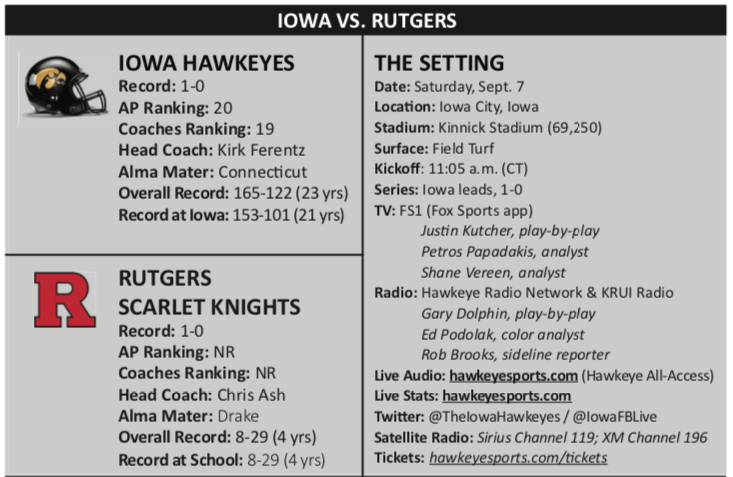