The Hawkeyes Mic picks are in for the Iowa – Penn State Game. It’s a split decision this week – with a high level of uncertainty.  Check them out – see if you agree or disagree.

There is no statistical reason why to pick Iowa over Penn State, except all of the intangibles point favorably for the Hawkeyes. Few teams bounce back from disappointing losses like Iowa, especially against top-10 opponents.

The last two games between these teams have been decided on the final play. Might as well make it three. Hawkeyes and Duncan by a leg.

Michigan gave everyone a blueprint on how to defend the Hawkeyes, and Penn State’s pass rush is even better.

I expect Iowa to play a much crisper game being back at home and with this being the toughest environment Penn State will have faced to date. Plus, the 2009 team is back for their reunion. I can’t see the Hawkeyes losing a game where Stanzi, Angerer, Greenwood, etc., are all back inside Kinnick Stadium.

Despite last week’s loss at Michigan, I still think this is a very good Iowa Team – so I’m sticking with them until they let me down twice. Two of the nation’s best defenses plus really cold and windy weather should combine for a low-scoring affair at Kinnick Stadium.

While it’s often a cliché, this game for sure may come down to special teams and mistakes (turnovers). I expect both teams will be forced to focus on their run games – and I think Iowa has the edge there. Neither team is likely to be able to pass consistently or very effectively with winds gusting 20-30 mph out of the Southwest.

The big question for the Hawkeyes – after the offensive debacle at Michigan – is  whether they will be able to keep Nate Stanley relatively clean, given the Nittany Lions ability to pressure opposing QBs (their numbers so far this season are ridiculous).

Iowa should also have the intangibles in their favor – an electric night game under the lights with a frenzied Kinnick Stadium crowd. Those have often been the difference in recent years.

A defensive battle from the start should see Iowa and Penn State in a tight one on a crisp night in Iowa City. The Hawkeyes have revenge on the mind after a tough loss in Michigan last week and a gut-wrenching loss in Happy Valley in 2018.

My brain says PSU, but my gut says Iowa, at home in a loud atmosphere of a night game, which should really showcase the new North end zone addition’s acoustics.

This game represents a fork in the road for Iowa’s season. Hosting a top-10 team under the lights at Kinnick with alternate uniforms, a striped crowd, and a folk hero (Ricky Stanzi, who three times beat a ranked Penn State squad) as the honorary captain, Iowa City is going to be electric come Saturday. I’m expecting a low-scoring, highly emotional, tightly contested match with a late field goal as the difference.

We all watched Iowa’s offense spin its tires last week, stalled by poor pass protection and costly turnovers. The Hawkeyes will be sharper this week, but they’ll again be tested by a talented Nittany Lion front led by a potential first-round pick in defensive end Yetur Gross-Matos. Keeping Nate Stanley clean allows him more time to read the defense and make the right decision, so the matchup in the trenches is vital.

Wide receiver KJ Hamler, a 5-foot-9 speedster, is the prototypical weapon that seems to always give Iowa fits. Quarterback Sean Clifford has never played in an environment like he’ll walk into Saturday night, and Iowa must keep him in the pocket and force Penn State to dink and dunk its way down the field. 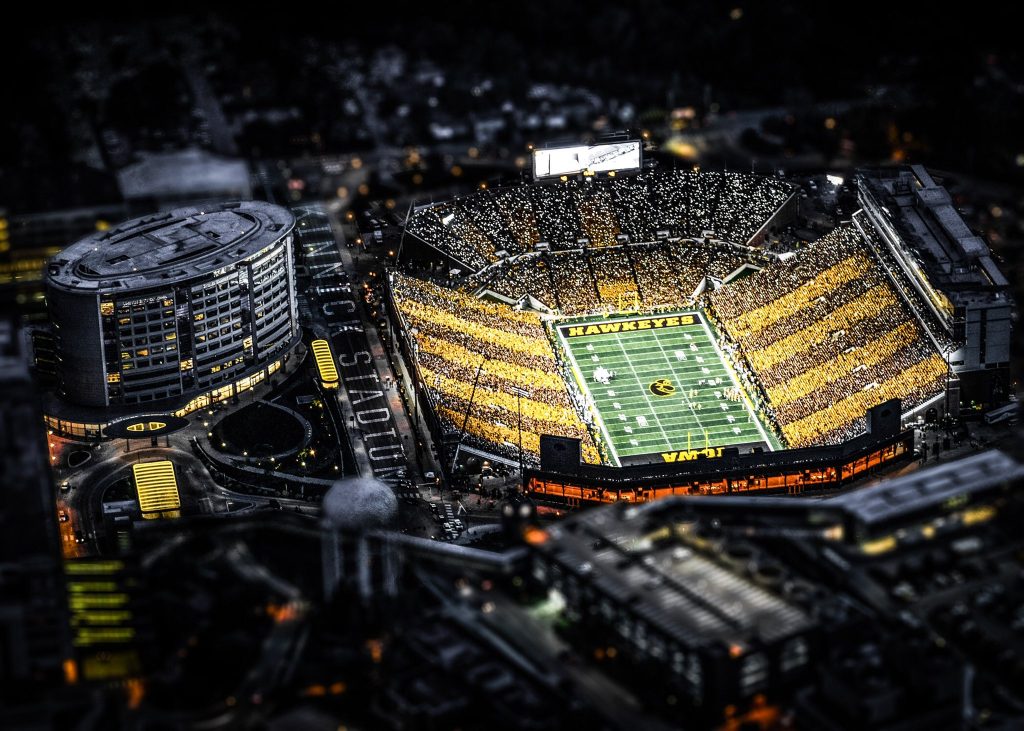