The Hawkeyes Mic picks are in for the Iowa – Minnesota game. It’s unanimous again – which is a bit surprising given what happened in Evanston last Saturday. Check them out – see if you agree or disagree.

Last week I was pretty accurate when it came to predicting a close game. I didn’t think regulation was going to end with a game tying field goal to put Iowa into overtime. Unfortunately, the ball did not bounce our way in overtime. Nonetheless, I know from first hand that Iowa’s football program has a lot of pride for what they do. No matter who their next opponent is I can guarantee that Iowa will put their head to the grind stone and get to work. This is simply the type of culture Kirk Ferentz has built over the past 2 decades.

As always I am going to stick to what I know and that is special teams. Despite the miss early in the game, Miguel Recinos came up clutch with that game tying field goal. That kick should launch his confidence into this week’s matchup against Minnesota. Since it is starting to get cold outside I am interested to see Miguel’s kickoff performance. You see when its cold outside the ball naturally deflates. This makes it harder to have solid contact causing the ball to not go as far in the air. Nonetheless, Iowa has a phenomenal kickoff coverage team so I don’t see the golden Gophers doing anything with the ability to return a kickoff.

Punting is Winning! I hate to say I told you so but Ryan Gersonde had himself a field day last week. Hopefully, that confidence continues to build and he repeats last week’s performance against Minnesota. If we have a windy game this Saturday you can definitely expect a few punt returns from Minnesota. I know this because if Ryan has to punt with the wind in his face he will have to use a lower drop than normal and this will cause less hang time, which therefore gives Minnesota a better chance to return a punt.

The last time I saw coach P.J. Fleck was in person before I played him as a Chippewa in 2015. I had a 15 minute conversation with him before the game and I thought he was a graduate assistant. Three hours later we lost the game by 28 points or so. What I am trying to say is we shouldn’t underestimate Coach Fleck… Fight for Iowa! I have the Hawkeyes beating Minnesota at home 35-24.

I think Iowa is ready for a breakout game. Yes, Minnesota has a tough defense, but the Hawkeyes do, too. The passing game is close to clicking. There’s been so much negativity surrounding Iowa it’s almost nauseating. But I saw a relaxed group of players who seem pretty confident in facing an old rival. I think this could be a get-well game.

There’s no question what Minnesota wants to do. Iowa has the ability to prevent that, limiting the effectiveness of a rushing attack that is just about the only thing the Golden Gophers have going on offense. Minnesota’s defensive front seven is solid and should challenge Iowa’s run game but expect the Hawkeyes to get just enough going in the passing game to keep Floyd in a slightly warmer climate for the winter.

Minnesota has beaten Kirk Ferentz in Iowa City exactly once since Ferentz took over. Only once. Gophers not exactly having an “elite” time, Coach Fleck…. After last week, we could see anything from Iowa, but trends lately say they’ll bounce back. Getting Josey Jewell back will help tremendously and the defensive cohesiveness should continue to grow. Jewell also brings a level of leadership that’s contagious for a mostly young offensive group.

It’s a simple game plan for Iowa… one which didn’t work last week against the Cats in Evanston. I’d iowa can’t run the ball effectively, it’ll be a long day & the Gophers gave up 245 yards on the ground two weeks ago to Sparty. It promises to be a slow progressing game with Iowa showing to be the better team in the second half. Plenty of difficult conversations for Coach Fleck to munch on come Sunday morning.

Both Iowa and Minnesota have struggled coming into this week, and whichever team comes out quicker will be the victor. Fresh off a disappointing performance, the ball is in Iowa’s court to start strong, especially against a rival at home under the lights. It might not be pretty, but look for Iowa to find a way to win and retain Floyd of Rosedale.

When I woke up last Sunday I was determined not to make an Iowa game prediction again that had the Hawkeyes scoring more than 17 points – until they could prove that they could do that again (after the pathetic offensive performance in the Northwestern loss). I didn’t change my mind until Scott Dochterman convinced me, during our Reporters Notebook Podcast interview, that they can and should rack up a bunch of points against the Gophers.

So the longer I thought about that, the more sense it made. Minny is a young team playing only its third road game of the season. Scott reminded me that the Hawkeyes put 45 points on the board right before the bye week in handily defeating Illinois. So I’ve come back in off the offensive ledge.

The Gophers strength is their running game and they have three really good backs. But their QB situation is bleak. Iowa’s Defense has been stout albeit in the “bend but don’t break” mode. I think Iowa can limit Minnesota’s ground game – and I’m pretty sure Minny can’t successfully pass on the Hawkeyes either.

I think Brian retakes control of the new offensive playbook – after apparently misplacing it for the trip to Evanston – and Iowa’s Offense gets back on track. It better because losing at home to Minnesota will put the balance of the season in serious jeopardy. 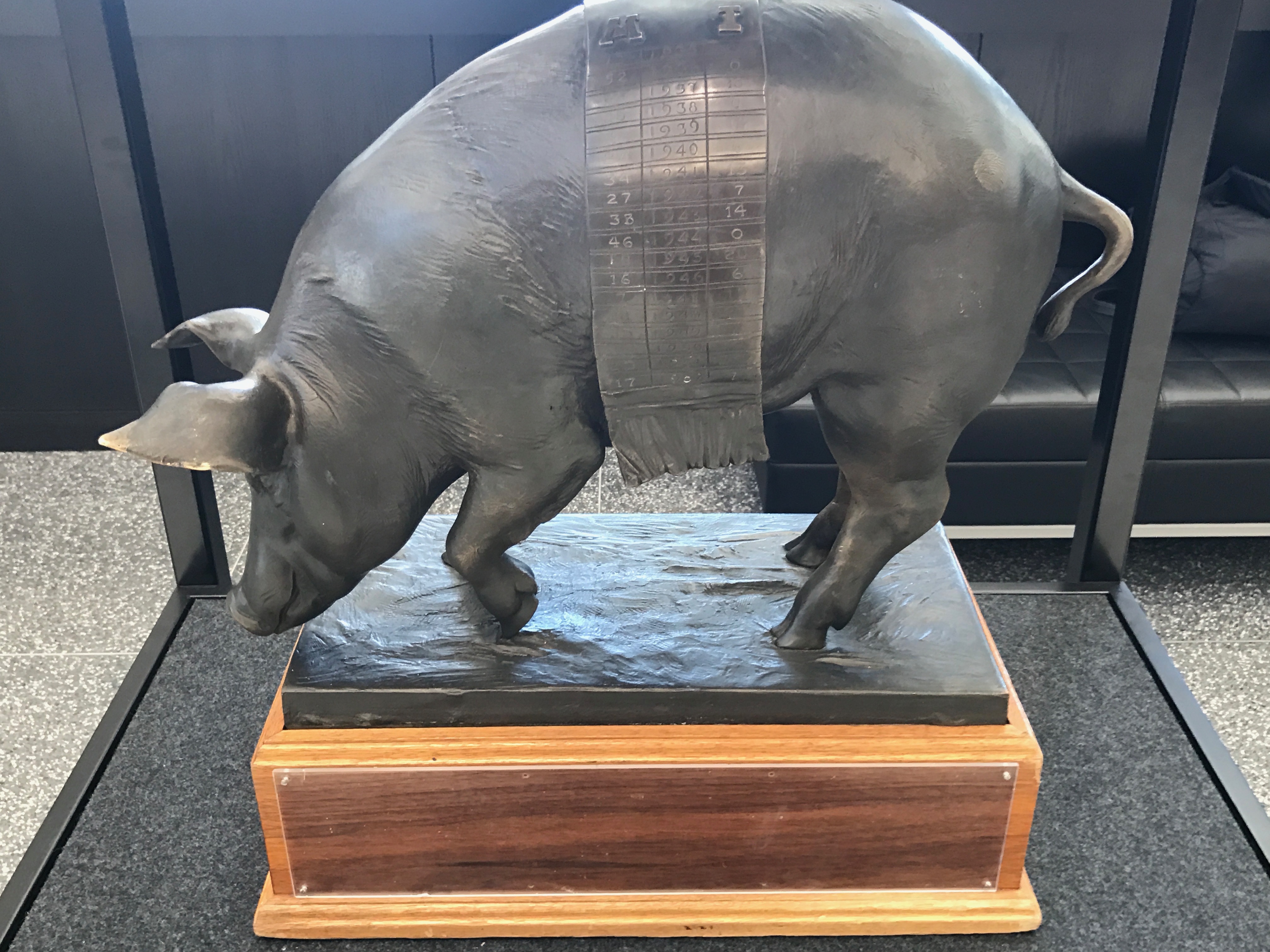 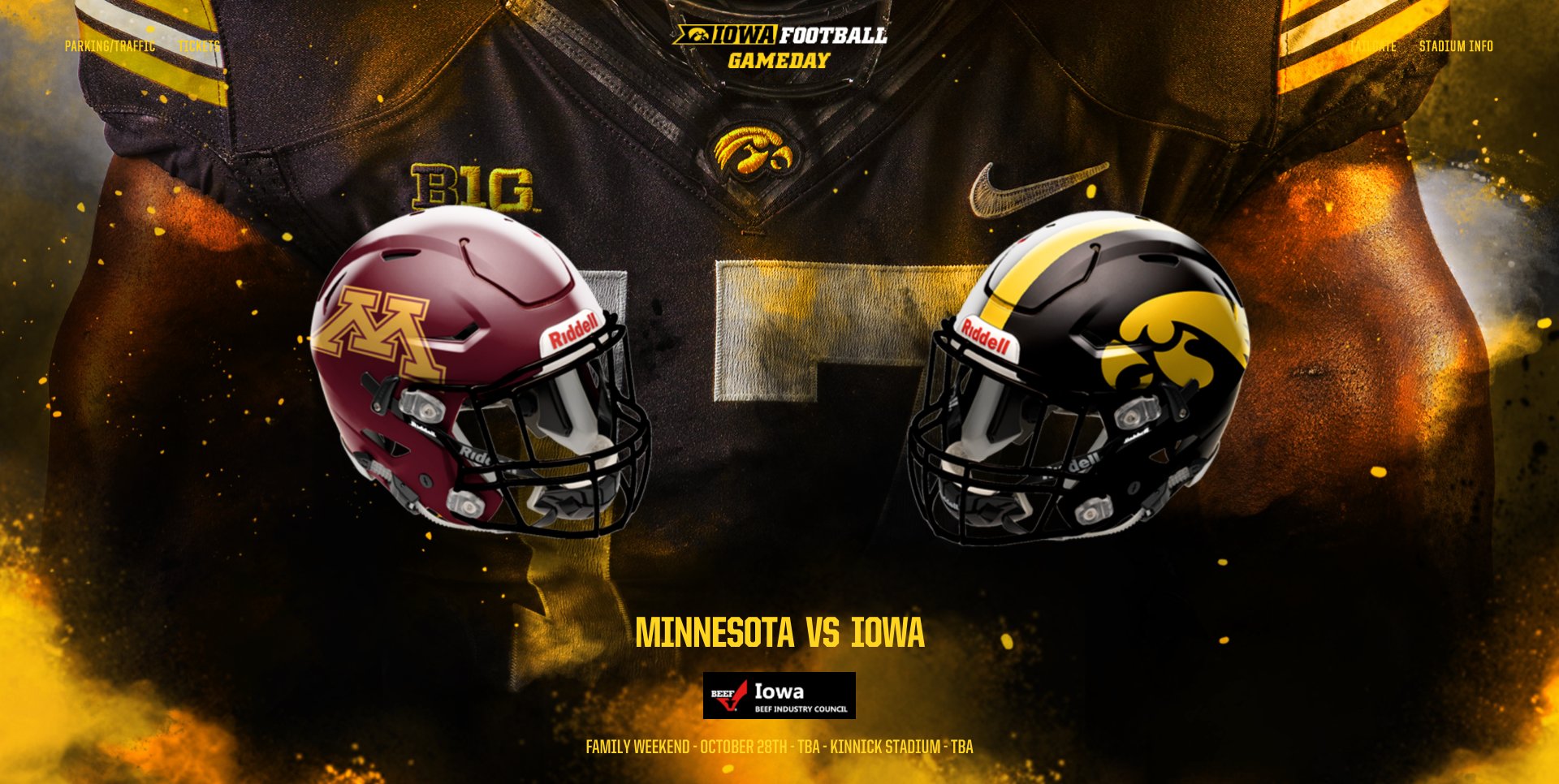