The Hawkeyes Mic picks are in for the Iowa – Nebraska Game. It’s unanimous again in the annual battle for the Heroes Trophy. Check them out – see if you agree or disagree.

The big question for Iowa is, can the Hawkeyes get up emotionally and physically for the fourth week in a row? I think they can muster up one more for Nebraska.

If Nate Stanley can lead the Hawkeyes to a “clean’’ performance in the regular-season finale, Iowa has just enough offense and more than enough defense to retain the Heroes Trophy. With a bowl berth at stake, Nebraska has plenty of motivation to play well but the defensive lines on both sides will be the deciding factor in this one.

The Hawkeyes wanted to get to nine wins, and they’ll do it. Iowa’s defense is just too good.

I think Iowa gets Nebraska’s best shot with the Huskers at home and playing for bowl eligibility (likely a trip to Detroit). But I believe once the Hawkeyes are able to weather that early Nebraska storm, they’ll be able to impose their will.

I think Iowa’s backs all have big afternoons, the defense will force Adrian Martinez into some turnovers, and the Hawkeyes will make it five straight against Nebraska.

There is considerable motivation for both teams in this year’s Black Friday Contest. The Hawkeyes are hoping to improve their bowl standing and still have a 10-win season in sight. The Huskers are just hoping to become bowl eligible – plus they have revenge on their minds with Iowa holding a four-game win streak in this border state series.

I think Iowa’s Offense will – once again – do just enough to snag the victory and retain three of its four rivalry trophies. But the strength of this team continues to be its defense. And while Nebraska has demonstrated the capability to put points on the scoreboard, I just think Iowa’s Defense will win the matchup with the Huskers Offense.

As I wrote earlier this week – it’s just very unfortunate that the Hawkeyes can’t even aspire to an “average” offense (rather than a mediocre one) – because if they had that, this team would likely be undefeated and playing for really big things.

After Iowa held off Illinois and Nebraska slaughtered Maryland, this game holds some intrigue. Iowa has recently dominated this series but had to stave off a rally in Iowa City last year. Scott Frost’s Huskers need a win here to be bowl eligible with hopes of building momentum for 2020. Iowa needs a win to jump up in the bowl rankings and improve its place among B1G teams going into the postseason.

Iowa will run the ball effectively and be able to remain balanced in the passing game. The defense will have Nebraska reeling early, but the home team will inevitably get some momentum in the second half to make it close. Iowa wins in a tight contest.

I expect Phil Parker to emphasize containment on Adrian Martinez. The Hawkeyes will make the Husker quarterback beat them with his arm, which has proven to be erratic throughout his career.

Iowa’s defense will be the difference, but the Hawkeyes’ first offensive series will be important in setting the tone for the rest of the game. The Hawkeyes, who have scored touchdowns on their opening drive the last two weeks, will enter a hostile Memorial Stadium facing a team fighting for bowl eligibility. A touchdown on the first drive would demoralize the Huskers and their fans. 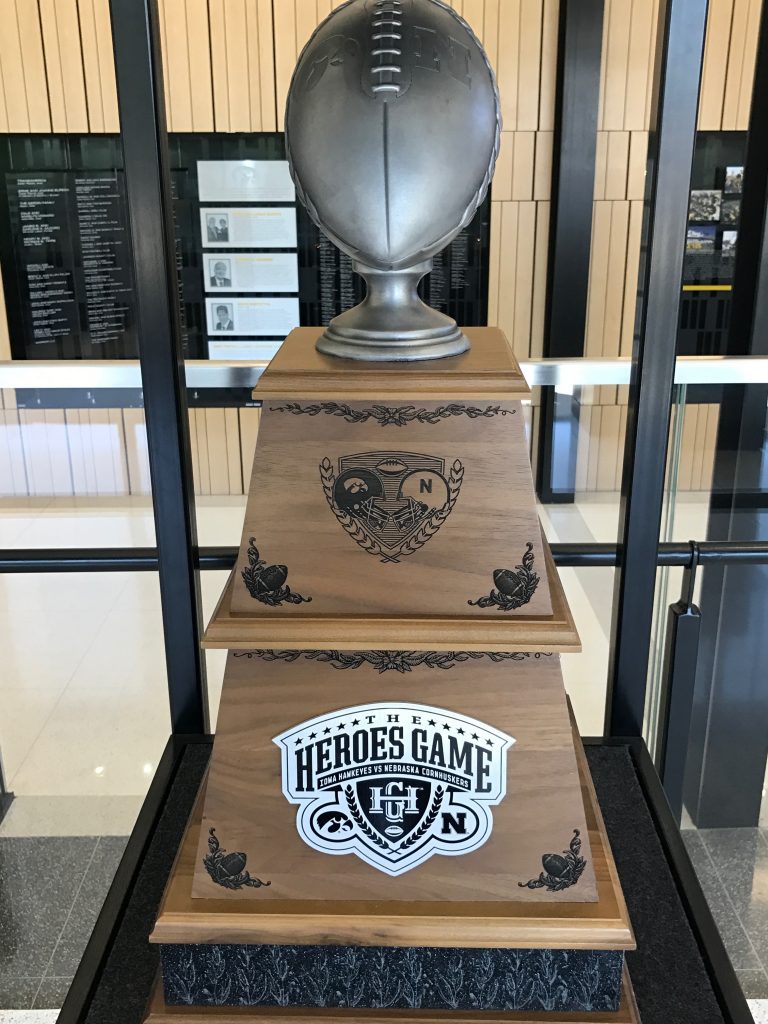